The first big smartphone launch of 2018 is edging closer, with Samsung expected to announce its hotly anticipated Samsung Galaxy S9 in less than a week.

The Samsung Galaxy S9 is the latest phone in the company’s series of flagship smartphones, with high-end specs, an edge-to-edge display, its own version of Animoji and a dual camera.

Samsung has sent out invites to an event on February 25 at Mobile World Congress in Barcelona to unveil the Samsung Galaxy S9, its latest high-end smartphone that will look to take on Apple’s iPhone X.

Last year, the Samsung Galaxy S8 proved a huge success for the company. Its new device is expected to incorporate a dual camera, continue its all-screen edge-to-edge display and feature improved processors. There have even been rumours of an advanced dual screen design that could be coming to future Samsung phones.

Here is a breakdown of all the latest we know about the Samsung Galaxy S9:

When will the Samsung Galaxy S9 be announced?

One thing we know for certain about Samsung’s next phone is that it will be announced just before the international trade show Mobile World Congress at 5pm UK time on Sunday 25 February. Samsung has sent out invites to its unpacked event with a number “9” on the picture.

The phone is expected to launch on 16 March, with pre-orders opening on 1 March, according to VentureBeat reporter Evan Blass.

Pre-orders, registrations and where to buy

You can’t pre-order the Samsung Galaxy S9 yet, but several retailers have launched pages where you will be first to know when sales open, including Carphone Warehouse and Mobiles.co.uk:

Samsung Galaxy S9: How much will it cost?

Samsung phones normally cost in the region of 25 per cent more than their predecessors and the Samsung Galaxy S9 is also expected to be slightly more expensive than the old model. Techradar reports that industry sources are saying the phone will be in the region of £739 in the UK, although this has yet to be confirmed by Samsung.

The Samsung Galaxy S9 is set to look fairly similar to the older S8. It is expected to have a 5.77-inch display, according to South Korea’s ETNews, while the Galaxy S9+ will have a 6.22-inch display.

This makes it smaller than the Samsung Galaxy S8, which had an 5.8-inch display. It is expected to keep its rear fingerprint scanner while still having an edge-to-edge display seen on recent Samsung smartphones.

While the iPhone X raised the bar in terms of smartphone performance, most industry watchers expect the Samsung Galaxy S9 to improve on last year’s S8 offering.

The device is expected to ship with Android 8.0, the latest version.

The Samsung Galaxy S9 is, for now at least, believed to be an upgrade on the old Samsung Galaxy S8, rather than a total redesign. We also know it will be the Galaxy S9, as can be seen from Samsung’s invite to the phone launch.

The company has been touted as releasing a dual screen smartphone model, but this is not expected until early 2019. 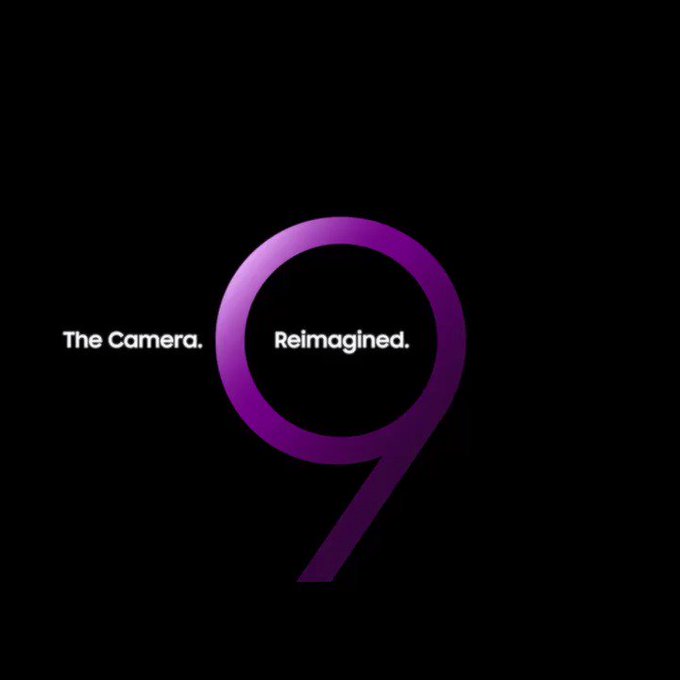 The tag line for the new smartphone on Samsung’s teaser for the S9 reads: “The camera: Reimagined.”

According to Samsung’s invite: “If a picture is worth a thousand words, the latest member of the Galaxy family has a lot to say.”

Samsung has been promoting its dual camera technology in recent months, publishing a page on its website about its ISOCELL camera sensors.

Although it’s not confirmed these will appear in the Galaxy S9+, the camera sensors come with a variable aperture, which could improve the quality of low light shots.

The new cells will allow smartphone cameras to have “DSLR-like photo experiences such as greater light sensitivity, depth effects and sharper brightness in all conditions”, according to Samsung.

VentureBeat’s report noted that the new Samsung Galaxy S9 will be capable of “super slow-mo” video capture, with a 12MP camera. The adjustable aperture will switch between f/2.4 and a smaller f/1.5 aperture.

Samsung phones always use a slightly reskinned version of Android, with dedicated Samsung apps and services. The default background of the new Samsung has been revealed, plus icons for its call sign and camera.

There are also reports that the new phone will feature Animoji-like icons when the phone is in selfie-mode, similar to the iPhone X, according to Android Authority.

The latest trailer for the phone calls the Galaxy S9: the camera reimagined, while it also features a range of 3D emoji-like figures, suggesting we could see a rival to Apple’s Animoji.

Samsung is tipped to bring out a folding phone at some point this year, but it is unclear whether this will be a feature of the S9.

There’s little out there on specs, yet. But it is likely to have improvements for Bixby a voice assistant that failed to take off when the S8 was launched. There are hopes that it will make some improvements to its infinity screen, which customers reported scratched too easily.

It’s thought the Samsung Galaxy S9 will maintain its rear-mounted fingerprint scanner, according to leaked images. The phone is also likely to have some form of facial identification technology, believed to be an improved version of the Samsung Galaxy S8’s iris scanner, the Korean Herald reported.

Samsung has been putting its Bixby voice assistant in all its phones and plenty of other hardware and appliances since last year, so we can definitely expect a return of the voice controlled AI.

Last year it was not available on launch in the UK, but expect Samsung to push the innovation this time around.

This site uses Akismet to reduce spam. Learn how your comment data is processed.

This website uses cookies to improve your experience while you navigate through the website. Out of these, the cookies that are categorized as necessary are stored on your browser as they are essential for the working of basic functionalities of the website. We also use third-party cookies that help us analyze and understand how you use this website. These cookies will be stored in your browser only with your consent. You also have the option to opt-out of these cookies. But opting out of some of these cookies may affect your browsing experience.
Necessary Always Enabled

Any cookies that may not be particularly necessary for the website to function and is used specifically to collect user personal data via analytics, ads, other embedded contents are termed as non-necessary cookies. It is mandatory to procure user consent prior to running these cookies on your website.

Join our newsletter to receive FREE reminders with countdowns to important global events.

You have Successfully Subscribed!