Fantastic Beasts: The Crimes of Grindelwald

Fantastic Beasts: The Crimes of Grindelwald

So what exactly do we know about Fantastic Beasts: The Crimes of Grindelwald? Lots, actually…

Production of Fantastic Beasts: The Crimes of Grindelwald started in the summer of 2017 and we already know quite a lot about the second Fantastic Beasts film. So, if you want to go into the film not knowing much, we suggest you look away now…

It’s called Fantastic Beasts: The Crimes of Grindelwald
Straight away the title says that Grindelwald (Johnny Depp) will be a big focus in the second film, after having been unmasked in Fantastic Beasts and Where to Find Them. Clearly his capture by MACUSA won’t last for very long, and Grindelwald is still intent on exposing the wizarding community to the non-magical world.

So, what will he do next? As the title suggests, not nice things. Grindelwald escapes custody and sets about gathering followers to his cause. What many of his new devotees don’t suspect is that his true intention is to raise pure-blood wizards up to rule over all non-magical beings.

We know from the Harry Potter books that Grindelwald’s ascent represented a dark time for the wizarding world – much like the rise of Lord Voldemort. So, things are about to get serious.

Jude Law plays a young Albus Dumbledore, taking on the mantle of one of J.K. Rowling’s most beloved characters. Warner Bros.

Today we got our first look at Jude Law in costume as Albus Dumbledore, complete with a short beard, long, grey corduroy coat and some very nicely embellished shoes. To echo the words of Kingsley Shacklebolt – you’ve got to hand it to Dumbledore: he’s got style.

Dumbledore will ask his former student Newt for his help, and the two do seem to have a history: Dumbledore argued against Newt’s expulsion from Hogwarts years earlier. And in the latest edition of the textbook Fantastic Beasts and Where to Find Them, a new foreword from Newt says that Dumbledore was ‘more than a school teacher to me’.

He added: ‘More than this I cannot say without fear of breaching the Official Magical Secrets Act or, more importantly, the confidences that Dumbledore, most private of men, placed in me.’

Dumbledore is also shown carrying a long, impressive wand, but it’s not the Elder Wand, because…

Grindelwald has the Elder Wand
In this new photo, Grindelwald is seen holding the familiar, textured wand we recognise from the Harry Potter films. From the books, we know that Grindelwald stole the most powerful wand in the wizarding world from the wandmaker Gregorovitch quite early on in his reign of terror.

Eagle-eyed fans may also have noted this close-up of Dumbledore’s wand next to the Elder Wand. All things come to those who wait, Albus… 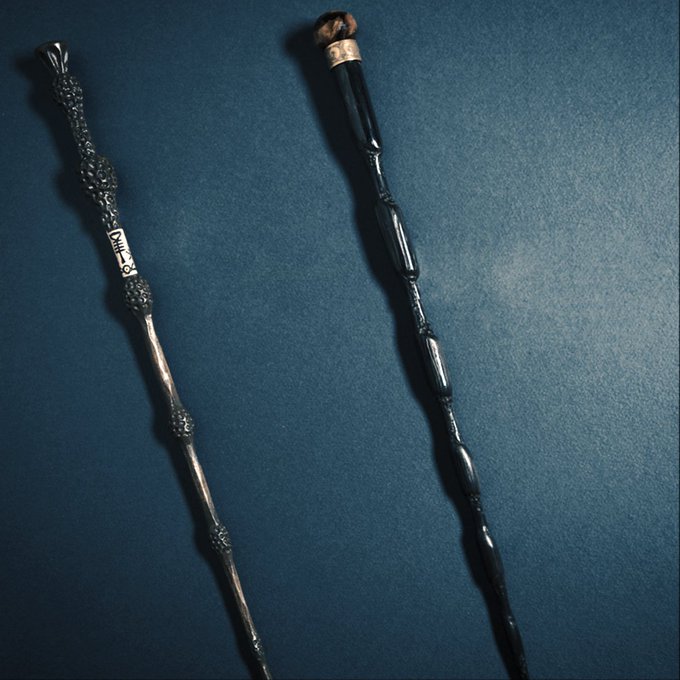 No-nonsense MACUSA President Seraphina Picquery (Carmen Ejogo) will also be back, along with Abernathy, a MACUSA supervisor played by Kevin Guthrie. With Grindelwald on the loose again, Newt will need all the help he can get.

It is set straight after the first film
The film takes place in 1927, just a few months after Newt’s first adventure. So, we’re still deep in the Roaring Twenties but the characters will obviously have bigger fish to fry than taking in the delights of the decade.

For one, Newt has finally finished the textbook he was working on, Fantastic Beasts and Where to Find Them. 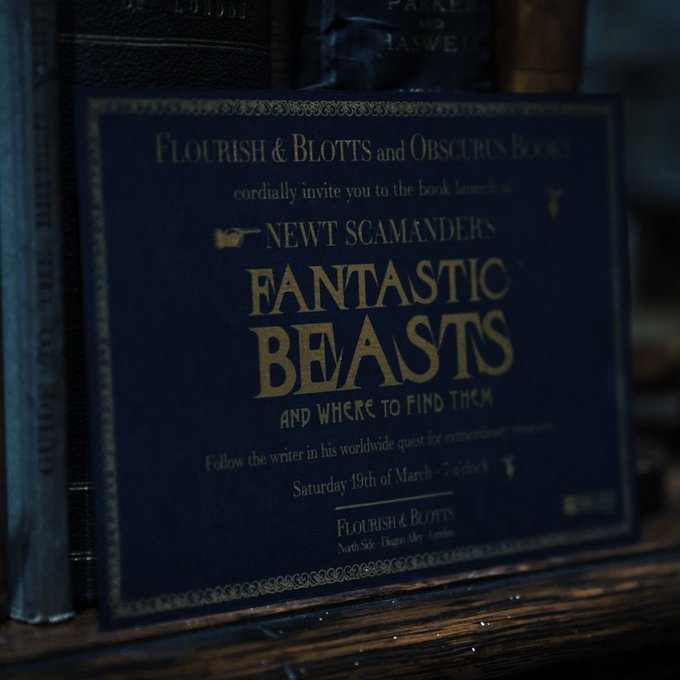 We also know that the film will be going beyond New York, to Paris and London as well. Fantastic Beasts on tour! Although judging by Newt’s travel papers, he might be having a bit of trouble getting about.

And Credence is alive!
Credence (Ezra Miller) also returns, in a ‘mysterious way’. Growing up with fanatical Mary Lou meant that Credence developed an Obscurus – a dark, uncontrollable force which occurs when a witch or wizard represses their powers. When we last saw Credence, he appeared to have been killed within his own Obscurus form, so how did he survive?

Since most Obscurials don’t survive past the age of 10, Credence could prove to be a very powerful wizard indeed. In the new photo released today, he is sitting quite intimately with Claudia Kim’s unnamed character. More on her later…

Travers and Rosier were also the last names of two Death Eaters in the Harry Potter books. Distant relations, perhaps?

Nicolas Flamel, creator of the Philosopher’s Stone, will also appear in the film, played by Brontis Jodorowsky. Flamel was also quite friendly with Dumbledore – does this mean the characters will share a scene?

We’ll meet Newt’s brother, and Leta Lestrange
After making a fleeting appearance in a photo, the mysterious woman from Newt’s past Leta Lestrange (Zoë Kravitz) joins the cast of Fantastic Beasts: The Crimes of Grindelwald and she’s engaged to… Newt’s older brother, Theseus.

Theseus (Callum Turner) seems rather different from his mild-mannered Magizoologist brother – he’s a war hero and Head of the Auror Office at the British Ministry of Magic.

We’re running away to the wizarding circus
In terms of magical entertainment, we’ve seen the likes of Quidditch matches and the Yule Ball before, but never a wizarding circus. In Fantastic Beasts: The Crimes of Grindelwald we get to explore exactly what this entails, with Ólafur Darri Ólafsson playing Skender, the owner of the circus. Actor Claudia Kim’s character is one of the circus’s ‘attractions’. And that might be because…

A new type of magical curse has been revealed
Claudia Kim’s character is a ‘Maledictus’ – a carrier of a blood curse that makes her transform into a beast. This appears to be different to being an Animagus, as an Animagus can transform into an animal by choice. If we break up the etymology of the word, ‘Mal’, means ‘wrongful’ or ‘ill’ – and ‘dictus’ in Latin means ‘to speak’.

We’ll see teenage versions of key characters
Earlier this year, a casting call was put out looking for young actors to join the wizarding world family. The roles included younger versions of Newt Scamander, Leta Lestrange, Albus Dumbledore, Gellert Grindelwald and a character called ‘Sebastian’. Who are you, Sebastian?

Unless there’s some sort of anti-ageing potion we don’t know about, this all strongly implies we could get some flashbacks to these characters’ pasts. We’re sure teenage-Grindelwald will be simply adorable.

This is J.K. Rowling’s second screenplay

J.K. Rowling penned the script herself, with David Yates returning to direct. J.K. Rowling recently tweeted a picture from the set – it featured a very swanky chair. Once again, we’re in good hands.

Fantastic Beasts: The Crimes of Grindelwald is out in cinemas on 16 November 2018.

1 review for Fantastic Beasts: The Crimes of Grindelwald

This site uses Akismet to reduce spam. Learn how your comment data is processed.

This website uses cookies to improve your experience while you navigate through the website. Out of these, the cookies that are categorized as necessary are stored on your browser as they are essential for the working of basic functionalities of the website. We also use third-party cookies that help us analyze and understand how you use this website. These cookies will be stored in your browser only with your consent. You also have the option to opt-out of these cookies. But opting out of some of these cookies may affect your browsing experience.
Necessary Always Enabled

Any cookies that may not be particularly necessary for the website to function and is used specifically to collect user personal data via analytics, ads, other embedded contents are termed as non-necessary cookies. It is mandatory to procure user consent prior to running these cookies on your website.

Join our newsletter to receive FREE reminders with countdowns to important global events.

You have Successfully Subscribed!